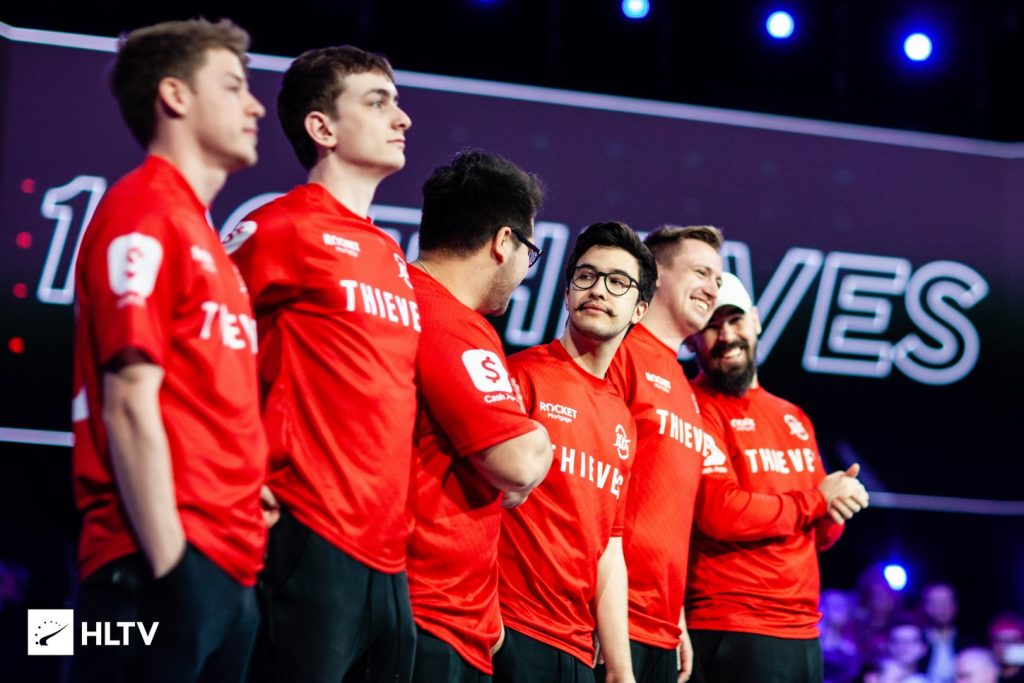 100 Thieves have dropped their Australian CS:GO roster in what is a second withdrawal from the esport. (Photo courtesy HLTV)

100 Thieves have announced their withdrawal from Counter-Strike: Global Offensive esports. As such, their Australian roster will be released effective after IEM New York Online: North America ends. This news comes amidst the very plausible rumor of star player Justin “jks” Savage being transferred to Complexity to fill the spot of Owen “oBo” Schlatter. This decision marks the second time that 100 Thieves have pulled out of the CS:GO scene, the first coming after the signing of the former Brazilian Immortals roster in late 2017.

It is with a heavy heart we announce that 100 Thieves will be exiting CS:GO. pic.twitter.com/cJqKk5Vvwp

100 Thieves signed the former Renegades roster in late October of last year. The Australian squad has been with the organization for almost a full year, competing in many international LANs around the time of their signing. However, when travel restrictions caused by the global COVID-19 health crisis struck, the Thieves were forced to stay in North America where the org is based.

Since then, 100 Thieves have struggled to find many good results in the multitude of online events that have taken place. Their best finish by far came about two weeks ago at ESL Pro League Season 12 where they placed second behind FURIA.

In a Twitter video by Matthew “Nadeshot” Haag, he states that the decision to drop the roster stems mainly from the team needing to be in Europe to compete at the highest level of the game. If the continental move took place, 100 Thieves would not be able to adequately support them. A similar move was made by Complexity at the start of the online era as the team opted to play in Europe.

Nadeshot also said that a potential return to the esport is not out of the question. However, until the organization feels comfortable in reentering the scene, that announcement will not come. The Australian core must now find a new organization who are willing to support them in Europe. Whether or not “the boys” minus jks will stick together or go their separate ways is unknown.