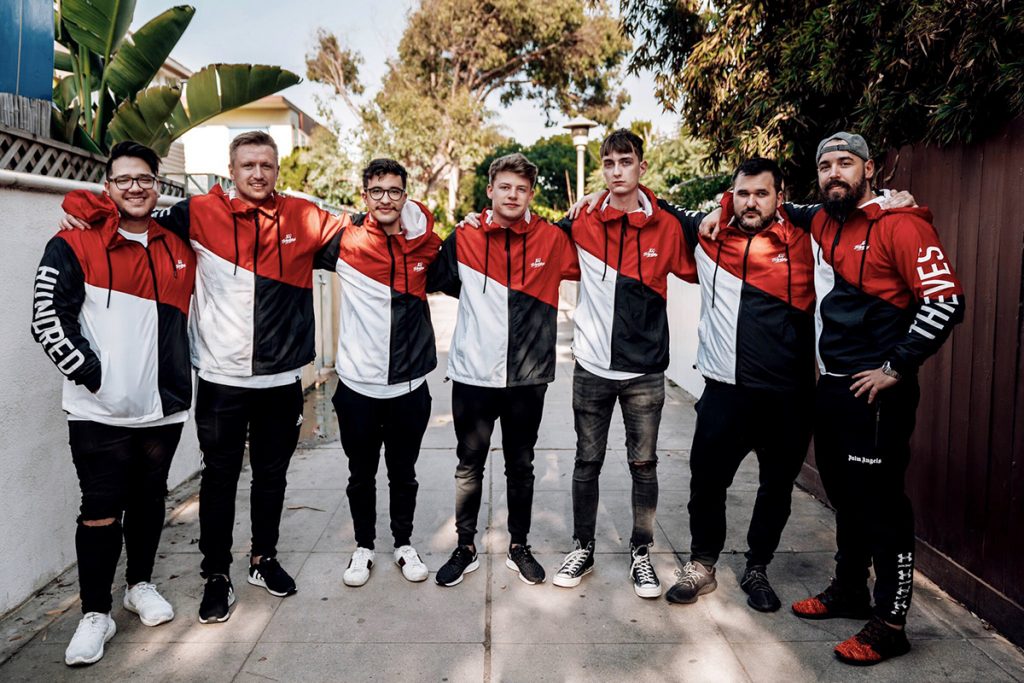 A year-long campaign in CS:GO has run its course for the 100 Thieves. The rapidly rising Los Angeles-based esports organization jumped back into Counter-Strike in 2019, after the conclusion of the StarLadder Berlin major. 100T snagged the Renegades’ roster, fresh off of their semifinals run in Germany.

Unfortunately for 100 Thieves and the boys, the ongoing coronavirus pandemic meant that the players never got an opportunity to represent the organization at a Major. In addition, the shifting climate of CS:GO forced 100T founder Nadeshot to find new homes for his players; two of which have already done so in jks joining Complexity and jkaem joining Apeks.

We take a look back at the year the roster had with 100 Thieves, as well as what these players mean for the Oceanic CS:GO region, and what they can provide as players and personalities to their future homes.

The boys bring back an Australian presence to the Major

At the ELEAGUE Major in Boston, the expanded stage format allowed a team from Australia to return to the Major stage for the first time in three years. AZR, jks, and USTILO’s presence permitted Renegades to participate in the Asian minor, which they steamrolled through to get to the New Challengers Stage. The Renegades were one loss to mousesports away from making the New Legends stage in Boston. 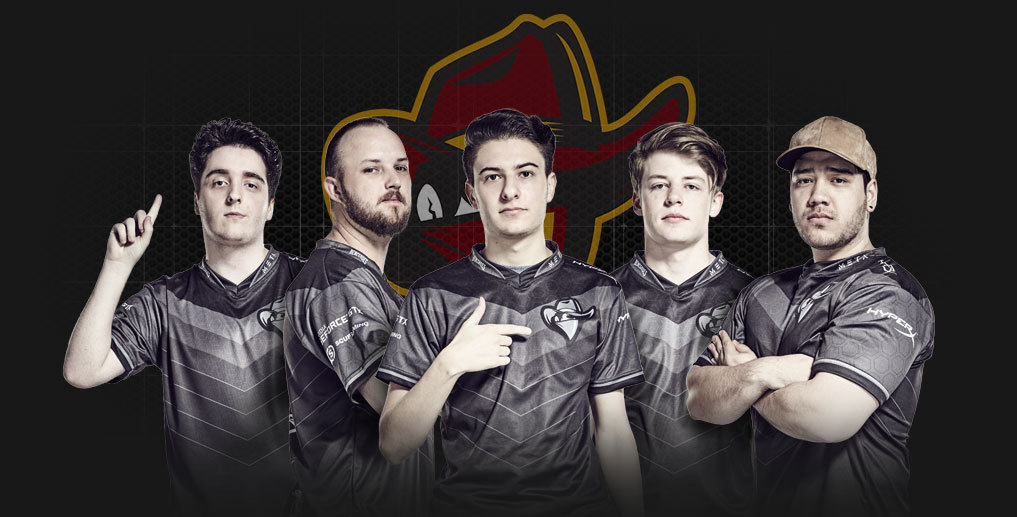 The early 2018 version of Renegades featured pre-Liquid NAF, and only two members of the future 100T lineup. (Photo courtesy ELEAGUE)

Before that Major, the last time a majority Australian roster participated in a Major was at ESL One Cologne 2015. Both jks and AZR were on that team as well, in what was prominent caster and analyst SPUNJ’s final run at a Major as a player. Prior to then, that core of players competed under the Vox Eminor banner at a couple of the first CS:GO majors, but failed to ever qualify for playoffs.

For the prominent Aussie team, whether they competed as Vox Eminor or Renegades, the pattern of rampaging through Asian teams only to falter on the international stage reoccurred from 2015 through most of 2018. But after a litany of coaching changes in 2018, and losing their NA players in NAF and nifty, Renegades ended the year with an injection of youth talent in Liazz and Gratisfaction, and upgraded Norweigian import jkaem from trial player to full-time member. 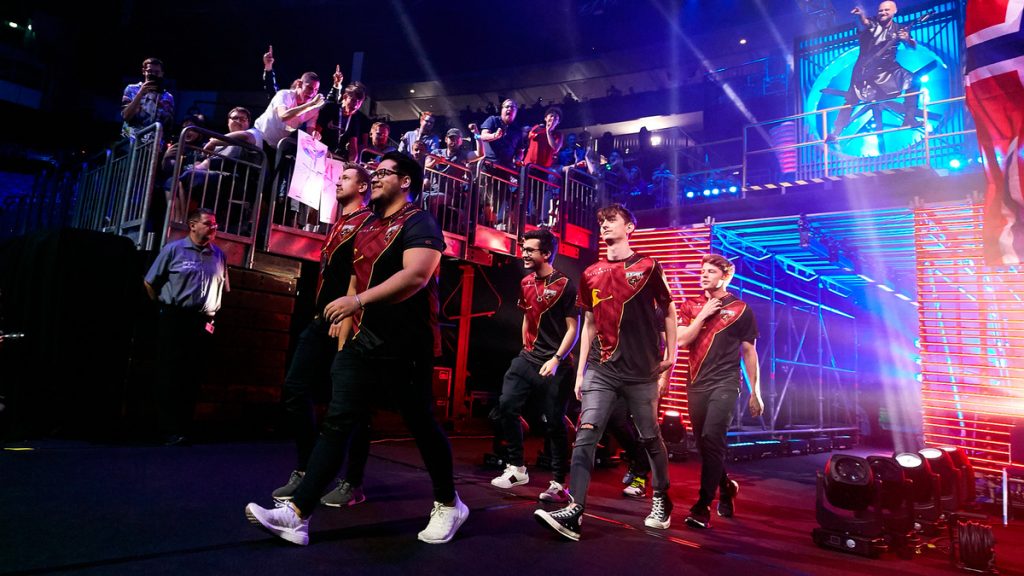 The boys walk into their semifinal match at the StarLadder Berlin major. (Photo courtesy StarLadder)

This injection proved to be the cure for Renegades’ international ailments. After yet another successful Asian minor run, they exploded on the New Challengers stage of the IEM Katowice 2019 major, going 3-0 against AVANGAR, Ninjas in Pyjamas, and eventual grand finalists ENCE. In the next stage, they beat ENCE again, and also handed losses to both Vitality and FaZe Clan. Renegades’ only losses in Katowice came against eventual winners Astralis in the Legends stage, and in playoffs against MiBR.

Months later at the Berlin Major, after losses to NRG and AVANGAR put them in danger of elimination, they pulled off three straight series wins with their backs against the wall versus DreamEaters, FaZe Clan, and G2 Esports to earn a playoff spot. They handed ENCE yet another loss in the quarterfinals, before a semifinals loss to AVANGAR sent Renegades home, but perhaps that just saved them from another trashing from Astralis. In two consecutive Majors, “the boys” as they came to be known, made it further than any other Oceanic team had ever made it.

Not only did the players earn praise and props for themselves and their region, it also earned them contracts with an esports organization on the rise in 100 Thieves.

In their second CS:GO rodeo, 100 Thieves didn’t need their new Australian roster to accomplish much in order to surpass the success of their first roster. That’s because their first roster didn’t have any success, or even competed in any events while under the 100T banner. In December 2017, 100 Thieves acquired the former Immortals roster, a team of young Brazilian players who had just made the grand finals of PGL Krakow. But some controversial tweets from one of the players in kNg forced Nadeshot and 100 Thieves to release him just a month after being signed, and visa issues with the rest of the players forced 100T to step back from CS:GO altogether just a week later. Those Brazilian players never played a single map for 100 Thieves.

Upon re-entering the scene with the Renegades acquisition, Nadeshot made it clear that he was setting high expectations for this new team: he wanted to win trophies. The boys tried to make the boss happy as soon as possible, making the grand finals of IEM Beijing where they eventually fell to Astralis. However in 2020, 100 Thieves struggled to make a deep run in the events they participated in, and the major that they typically perform well in was postponed.

Ironically, their best performances under the 100 Thieves banner came at the tail end of their time with the organization. At both the IEM New York and the ESL Pro League NA finals, 100 Thieves grinded their way to the grand finals, and were it not for the unexpected rise of FURIA as the new kings of Brazil, we’d likely see some 100T hardware in the trophy case. Unfortunately, that dream of winning trophies never materialized for Nadeshot and the boys. 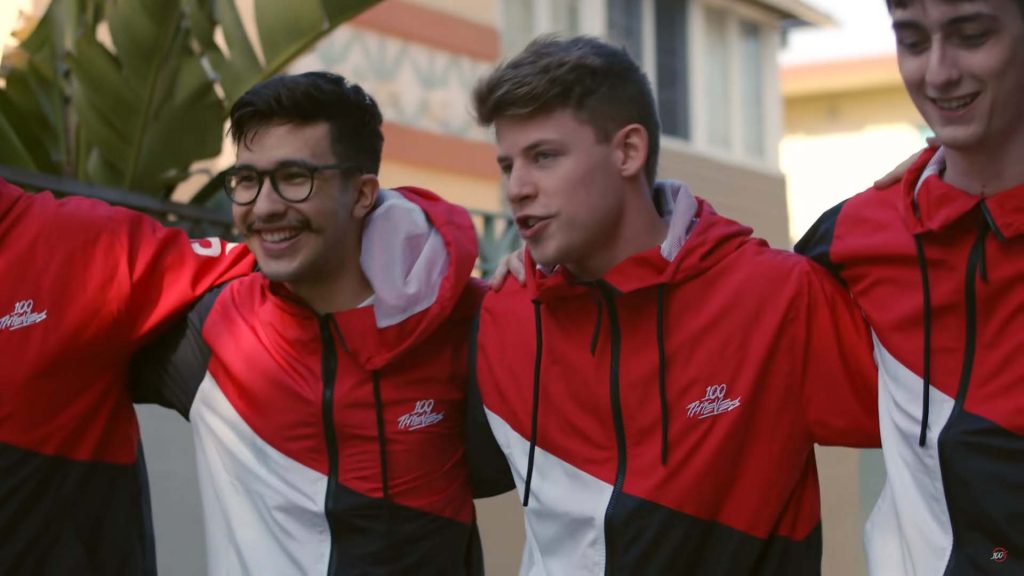 The Boys were all smiles in their first 100 Thieves photoshoot. (Photo courtesy 100 Thieves)

A pessimist could look at the results of the 100 Thieves roster and look down on a team that failed to win a trophy, but it’s not as simple as that, nor would it be fair to the players. This is a team of players that packed up their belongings and moved to a completely new environment in Los Angeles, and began competing in a top-heavy North American region dominated by superior teams like Team Liquid and Evil Geniuses.

They could’ve stayed in the Oceanic region, and competed against local teams that they would’ve run over with ease. Look no further than the current Renegades team, who have been cleaning up tournaments in the region since March. But the 100T boys took a chance, and competed every step of the way.

While it would have been nice for all the boys to stay together, the players have already begun to split, but they all have the potential to succeed and thrive. jks will add a ton of firepower to an already thriving Complexity roster, and jkaem gets to go home to Norway-based Apeks after an extended Australian redemption tour. Liazz is reportedly set to join Gen.G, while the veteran AZR and the still-young Gratisfaction will likely each fetch tantalizing offers.

The biggest disappointment is that we never got to see the 100 Thieves players compete at a major, in an environment they’ve thrived in their last two appearances. It’s one of several sad outcomes of their being no majors in 2020. If the coronavirus never emerged, would they still play for 100T? Would they have won trophies? It’s impossible to say, but it’s also impossible to take away their legacy. Call them Renegades, call them Thieves, but make sure you call them legends.