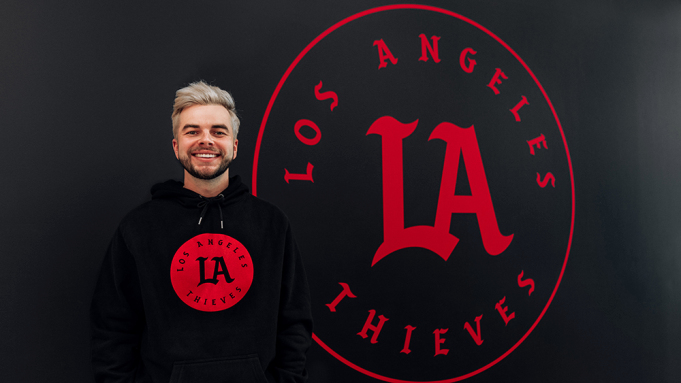 100 Thieves acquired the Optic Gaming Los Angeles Call of Duty League franchise spot and will rebrand the team to the LA Thieves.

Announcing a new Los Angeles team for the competitive Call of Duty League in 2021. #LAThieves pic.twitter.com/inO7TzNI7O

Last month, the Esports Observer reported Hector “H3CZ” Rodriguez, the former owner of OpTic Gaming, had bought back the rights to OpTic Gaming, which includes its franchise spot in the Call of Duty League. However, H3CZ has since moved on to NRG, which owns the Chicago Huntsmen, which is where a large portion of the former OpTic members currently reside. It is unclear if the Huntsmen will be rebranded under the OpTIc logo, but 100 Thieves has acquired the OpTic Gaming Los Angeles franchise spot from Immortals Gaming Club and is returning to professional Call of Duty.

Dexerto reported last month that sources have confirmed that 100 Thieves has acquired the LA franchise spot and will rebrand the team as the LA Thieves. Many fans believed this would not happen as 100 Thieves CEO Matthew “Nadeshot” Haag previously claimed that 100 Thieves would not re-enter the Call of Duty professional scene at this time. This appears to be a lie to throw fans off the trail or indicates that the company decided to purchase the spot within the last few weeks.

So about the LA Thieves @Nadeshot 🙂 pic.twitter.com/HVJuTvZEiL

100 Thieves went on to finish in second place at the Call of Duty World League Championship 2019 and beat 100 Thieves Nadeshot’s former home, OpTic Gaming, in the semi-finals. Despite the successful season, 100 Thieves would not appear in the inaugural franchised Call of Duty League due to commitment concerns and costs of entering the new league.

The 100 thieves roster will include Kenny “Kuavo” Williams and Austin “SlasheR” Liddicoat as they were featured in the announcement video. In a follow-up tweet, the LA Thieves announced that former OpTic Gaming Los Angeles members Thomas “TJHaly” Haly, and Zack “Drazah” Jordan will also be a part of the LA Thieves roster.  Former Call of Duty professional Eric “Muddawg” Sanders has also returned as general manager for the team.

It is still unclear if the Chicago Huntsmen will rebrand under the OpTic Gaming logo, but all signs point to this outcome.